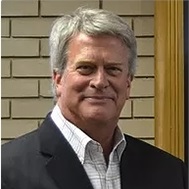 A 1978 graduate of the University of Oklahoma, Steve started his professional career in Dallas, Texas. He joined Commercial Union Insurance Company in November of 1979 as an underwriter trainee. Steve worked in the commercial property underwriting division before being transferred to Boston, Massachusetts to work in their casualty underwriting department. Shortly after, CUIC relocated him to San Antonio, Texas to be a commercial casualty underwriter. Steve underwrote commercial risks in the south Texas area until being promoted to commercial lines marketing representative in 1982. In 1983 he received the Certified Insurance Counselor (CIC) designation and later that year received his NASD securities license.

In 1984 Steve met and married Cynthia Caldarello in San Antonio, Texas and moved back to Ardmore to join his father in the insurance agency business. They have three sons Dillon, Luke and Tucker. He purchased Jordan-Snodgrass from his father in 1987. Steve later purchased what is now the Jordan-Hoefer Agency in Durant, Oklahoma in 1992. Other acquisitions included the Commercial Insurance Agency in Ardmore, Oklahoma in 1993.

Steve enjoys traveling with his wife, golf, skiing, reading and volunteering within his community. Steve is the past president of the Southern Oklahoma Ambulance Service, Ardmore Salvation Army, Dornick Hills Country Club and Ardmore Chamber of Commerce Boards. In addition, he is a current trustee of the Ardmore Development Authority.